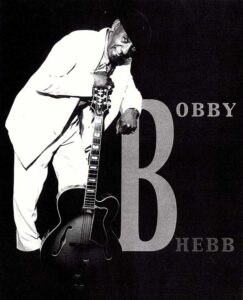 This site is a tribute to the legacy of a legendary performer, song writer and pioneer for civil rights. His song, ‘Sunny’ is one of most performed pop songs of all time, but most people do not know how it came to be, as well as his background in Nashville. Bobby was one of the first people of color  to appear at The Grand Ol’ Opry and he toured with the Beatles and other legendary stars.  Here you will find the stories about how it all started, photo’s and performances as well as links to all those versions of ‘Sunny”.

In Memory of Hal Hebb

On August 3, 2010 we lost Bobby Hebb, co- author of a song that won a Grammy for vocalist Lou Rawls entitled “A Natural Man”, and singer/performer of a song on the Grammy winning album Night Train To Nashville, the modern pop classic “Sunny”.

Some say “Sunny” was written by Bobby Hebb for God, other reviews of the song claim it was for one particular woman, while still others reference the loss of Bobby’s older brother, Hal Hebb, on November 23, 1963, as a catalyst for one of the greatest songs in the history of popular music.   On August 26, 1995, Bobby appeared on my television program, Visual Radio, and gave a clear description of how he wrote his masterpiece:

“I find it more psychological the way I was thinking…it’s your disposition…you need a lift, an up, that’s all. Sometimes everyone needs an up. So “Sunny”, to me, is that disposition, you need a Sunny disposition to get away from whatever, just as I said before, “amuse me”, “make me forget what I just saw man”, “I don’t wanna know, I know I have to know, but I don’t know how to deal with it right now. I will deal with it, I’m not running away from this.  I just need a break.”

So this was the idea behind “Sunny” – (it) was (to) give me a brighter idea so that my emotions will not be as disturbed as they are. I need a calmer feeling so that I can balance myself and adjust and then continue forward, onward.”

That Hal Hebb, a member of Johnny Bragg’s group, The Marigolds, who hit the R & B  Top 10  with “Rollin’ Stone”, means that he and his younger brother, Bobby, both performed on the Excello Label.   But more than that, Hal was definitely young Bobby’s mentor, performing with Bobby on his third birthday at the Bijou Theater on the Jerry Jackson Revue of 1942.    In 2001 Hal got some of his due, being referenced in the book “Just Walkin’ In The Rain: The True Story of the Prisonaires by Jay Warner (a six time Grammy Award winning music publisher and writer) on Renaissance Books.  This writer conducted an interview with Warner upon the book’s release and got deeper into Hal and Bobby’s references in the author’s work.

As I write this, on November 23, 2010, I’m listening to transfers of performances of “Sunny” that Bobby recorded with me on August 26, 1995 as well as two renditions taped in May of 1998, right after the passing of Frank Sinatra, who also recorded the song (with Duke Ellington!).  That Hal Hebb was an inspiration to and for Bobby, there’s no question, the influence of the older brother as an entertainer certainly helped pave the path for Bobby Hebb.   Bobby was working on a song entitled “Low Tide” which he abruptly abandoned…the reason I gathered was that Bobby wanted to stay on the bright side of things.  Interesting that in July of 2010 author James Sullivan would reference “low tide” in a piece on the song “Sunny” stating: “. ‘Sunny’ was a pop prayer for a better day, after a yesterday “filled with rain.” The gorgeous tune, which borrowed from Hebb’s jazz training in the Navy, his youthful stint as one of the first black performers on the Grand Ole Opry and his smooth-soul recording experience, appealed to listeners across the board. Initially turned down by every publisher he approached, the song would chart high on the country and R&B charts, reaching US No. 2 pop in the summer of 1966.”

The song “Sunny” actually hit #1 in Cashbox and I personally question Billboard keeping it at number two, especially with the memory of how Billboard Magazine tucked The Bee Gees April 1979 single, “Love You Inside Out” conveniently at #1 when CashBox and Record World had it at #2 – if memory serves – it gave The Bee Gees six #1 hits in a row.
Billboard Magazine is a tremendous resource and a wonderful “authority”, however, it is not infallible…keep in mind, the timeless “Louie Louie” was kept out of #1 by The Singing Nun (two songs, “Louie Louie” and “Dominique” which probably cost less than $100.00 to record combined!)

If any song deserved the #1 spot it was and is “Sunny”.  Bobby toured with The Beatles that summer as well as with the Jeff Beck / Jimmy Page Yardbirds that same year, 1966, and the response to the rendition of “Sunny” Bobby performed with Barry & The Remains in Toronto on a bill with The Beatles August 17, 1966, which I listened to again this morning, has applause that is at the same level the Beatles themselves received onstage at that event.

James Sullivan again gives a good reflection in his piece of July 9, 2010, published just about a month prior to Bobby’s passing: “But just as his career was taking off, Hebb’s brother was killed. For months after the incident, “times were at a low tide,” the singer has said. Inspired by ‘Just Walkin’ in the Rain,’ he finally decided to write about the gradual emergence of the human spirit after tragedy.”

Bobby told me that he immersed himself in Gerald Wilson’s You Better Believe it album as a comfort during this great time of sorrow.   Wilson’s disc is a textbook that I believe inspired the Pink Panther theme from Henry Mancini (“Sunny” itself including a sly nod to the James Bond Theme just after Bobby sings “Sunny, one so true, I love you” in the song).

Three years after “Sunny” hit in 1966 the group Classics IV had a huge smash with a song giving the flip side answer, “Stormy”.  The influence of “Sunny” upon “Stormy” is undeniable – just listen to the mood and the bass line, with Dennis Yost’s Classics IV also recording “Sunny”. The two songs are paired on at least a couple of Classics IV greatest hits packages.  So the songs all come full circle, the inspiration inspiring the inspired which, in turn, inspires some more.  It certainly will continue for years to come and hopefully this little tribute to one of the influences, Hal Hebb, will be the start of your score card for the more wonderful music yet to come.

Years after Bobby responded to “Just Walkin’ In The Rain” on Sun Records with “Sunny” on the Dutch electronics’ company Philips Records label (what an interesting coincidence since the owner of Sun Records was Sam Phillips – with two l’s instead of one ), we have all these elements that contributed to the creation of a pop masterpiece enjoyed by millions and millions of people on this quickly spinning planet.   Johnny Bragg, Sun Records, Gerald Wilson and…Hal Hebb.

Today is the 47th anniversary of the passing of Hal Hebb.  You’ll find him listed on the credits of such compilations as “Vocal Groups: Classic Doo Wop  or Street Corner Essentials as well as Excello Story Part II  1955-1957; you’ll find him in Jay Warner’s book American Singing Groups: a history from 1940s to today (page 281) – as Jay writes “Bragg formed a new Prisonaires renamed the Sunbeams that included Hal Hebb (brother of Bobby Hebb)…In 1955 the Sunbeams became the Marigolds and recorded in Nashville for Excello Records.  The Excello released “Rollin’ Stone” became a number eight R & B hit…

Not as famous as his brother, certainly not as famous as John F. Kennedy  (though their two names sometimes get referenced together because of their passing at almost the same point in time), but a man who did perform on a genuine Top 10 hit himself, and who deserves a lot of credit for helping to nurture the musical skills of his younger brother Bobby.   Without Theo van Gogh his older brother Vincent might have not had as easy a time putting paint to canvas.  Without Hal Hebb would the world be as “Sunny” ? 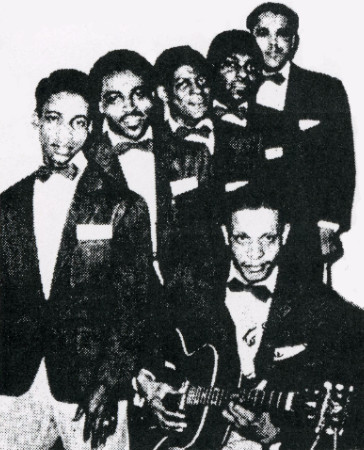 Find the best online links about Bobby Hebb and ‘Sunny’